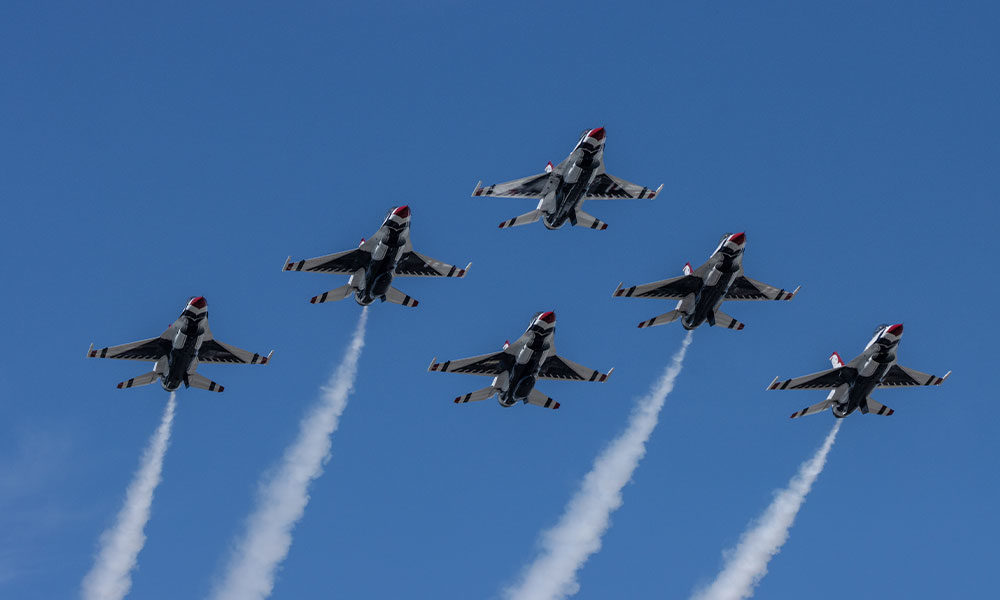 In a move that reflects the continuing successful efforts to legalize cannabis across the country, U.S. Air Force officials recently revealed that they’re considering easing the cannabis policy for recruits entering the service. If the new policy is adopted, recruits joining the Air Force and the U.S. Space Force, the nation’s newest branch of the military, may be able to receive a waiver if they test positive for marijuana when reporting for duty.

All branches of the military forbid service women and men from using cannabis in any form, including hemp CBD. However, each branch sets its own policy for recruits who use cannabis before they enlist and enter the service. Under the proposed policy change, those who test positive for using marijuana could be granted a waiver if the Air Force believes the recruit will act in good faith and refrain from using cannabis in the future.

Recruiting head Maj. Gen. Ed Thomas told Air Force Times in a recent interview that his staff is exploring the option of granting waivers to otherwise qualified recruits who test positive for THC, the cannabinoid largely responsible for the high associated with marijuana, at Military Entrance Processing Stations (MEPS), the facilities where recruits report when they first enter the service.

“If applicants test positive for THC when they go to the MEPS, they’re permanently barred from entering the Air Force or the Space Force,” Thomas said, explaining the current Air Force policy. “But as more states legalize cannabis, there is an increased prevalence of THC-positive applicants.”

Thomas said the proposed change reflects the changing attitudes about cannabis in the United States, where 37 states have legalized medical marijuana and 19 have passed legislation to end the prohibition of recreational cannabis.

“We have to be realistic today,” Thomas said. “We need to exercise common sense.”

Different Policies for Each Branch of the Military

Nathalie Grogan, who studies military personnel at the Center for a New American Security, said that amending the rules on cannabis use could provide new opportunities for young American men, up to one-third of whom may have past criminal conduct that currently disqualifies them from service.

“Over-policing of growing minority populations and some states’ legalization of marijuana may be leading to an untenable trajectory if the standards remain unchanged,” Grogan said, adding that service eligibility requirements are becoming part of the larger conversation around the impact of the War on Drugs on communities of color. In every state in the nation, Blacks are more likely than white people to be arrested for a marijuana-related offense, despite studies that show relatively equal rates of cannabis use among the two groups.

“The military now bars from service most candidates with a significant criminal record or documented history of drug use. At the same time, arrests and drug use are increasing among American youth,” Grogan said. “Arrest rates are higher in low-income communities and communities of color.”

Sean Kiernan, the CEO of Weed for Warriors, a California group that works to ensure access to medical marijuana for veterans, said that the decision to ease cannabis restrictions for Air Force and Space Force is consistent with similar pressure to attract and retain quality personnel in the private sector.

“A strong labor market and increased use of cannabis amongst that labor force is forcing more relaxed corporate views on cannabis due to the worker shortage. The all-voluntary military force is no exception to this phenomenon as failures to meet recruiting goals always lead to looser standards.  In this case, it’s cannabis that is benefiting,” Kiernan wrote in a message to Cannabis Now. “It’s simply untenable for corporate America, let alone the Department of Defense to continue its absolute prohibition of cannabis use unless it wants to starve its employee ranks due to attrition from zero-tolerance cannabis policies. In America, ‘it’s the economy, stupid.’”