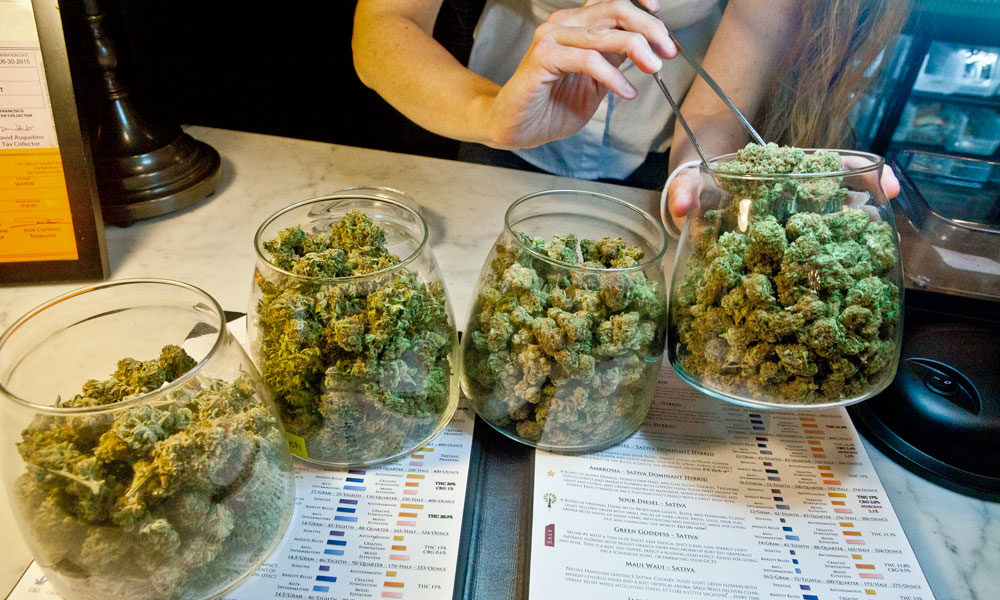 Some pregnant and breastfeeding women aren’t listening. Despite health professionals’ warnings, the number of pregnant women using cannabis at least once a month doubled over the last decade to seven percent of women surveyed, according to one recent study. Though this upwards trend is partially a result of healthcare professionals’ reluctance to talk about weed with their patients, researchers from Washington State University’s College of Nursing identified another culprit: budtenders.

In interviews with ten healthcare professionals, the researchers noted universal opposition to using cannabis while pregnant or breastfeeding—the same advice given about drinking alcohol or smoking tobacco, though the issue isn’t as black-and-white as one would think. But when the researchers asked ten people who worked the sales counter at the local dispensary, they discovered “much more positive” attitudes around cannabis. In fact, a cannabis study revealed states where marijuana is legal had a higher birth rate when compared to other states.

Though the budtenders tended to recommend products lower in THC and identified (correctly) that tobacco and alcohol were much more harmful than weed, this was still problematic. According to one budtender, most advice given at the dispensary counter amounted to anecdotal and unverified “stoner science” or quickly Googled tidbits. One takeaway, as the researchers wrote in a recent study published in The American Journal of Drug and Alcohol Abuse, is that America needs better budtenders.

Workers at the counter ought to trained “on cannabis products” and “how to best serve perinatal customers” before dispensing medical advice, they said.

For an understanding of why they aren’t—and why, under current circumstances, this is a reasonable expectation—you could take a quick trip to Denver, where Andrew Mieure broke into the cannabis industry as a budtender during Colorado’s medical-cannabis era.

Driving around the city during a visit in early 2020, Mieure noticed a sign outside a fast-food shop looking for workers: Now Hiring, $15 an hour, the sign said. He then compared that to job listings for budtender positions. The average pay for an entry-level counter worker at a cannabis dispensary was $13 to $14 an hour, he recalled.

“You can literally flip burgers for better pay than selling an intoxicating drug that’s still federally illegal,” said Mieure, who became co-founder of Top Shelf Budtending, an organization that curates sommelier-level cannabis experiences, but is still incredulous at the memory.

For Mieure, complaints about budtending boil down to the simple cruelty of cold economic logic. “I believe that when you’re not paid properly, you’re only going to do the work you’re paid for,” he said. And neither increased demand for cannabis during the COVID-19 pandemic nor budtenders’ classification as “essential workers” has done anything to change this disparity.

Though advanced certification and worker training courses do exist, there’s little economic incentive, since the skills learned during a weeklong, $3,000 intensive training course don’t translate into higher hourly wages. At some high-volume dispensaries with strict sales quotas, answering questions from a curious patron may actually be discouraged in favor of quickly ringing up a sale and moving onto the next customer.

Low pay coupled with a lack of health and retirement benefits—one former dispensary worker recalls being offered “medical weed” when she inquired about her employers’ healthcare plan—ensures worker turnover is high. Thus, experienced workers—and knowledgeable budtenders—are a rarity. And so, after a cordial greeting and a recitation of whatever’s on sale or on special, comes the same warmed-over “stoner science” passing for medical advice, followed by critiques from researchers complaining that budtenders are contributing to the delinquency of pregnant women.

How to break this troubling cycle? A good start would be better-paid budtenders and a re-evaluation of the role of the counter help at dispensaries, which today is understood as little more sophisticated than a mere retail clerk. But demanding medical advice from an underpaid retail clerk may require an evolution in the dispensary model itself. Instead of convenience stores, liquor stores or even Apple stores, dispensaries should act more like lounges or clinics. And that will require a reevaluation of the entire dispensary retail model, starting with government regulations.

Budtender jobs pay poorly in part because—like driving for Uber or Lyft or waiting tables at the local Applebee’s—it’s a job almost anyone can get. Still viewed as a “cool” job, dispensaries report being flooded with applications for every opening. In this market—and in a tough environment where every dispensary owner is trying to find efficiencies wherever possible—dispensaries can afford to skimp on the labor (or so they believe).

Few states require much in the way of qualifications (aside from, counterintuitively, a criminal record free of certain drug-related crimes). Just 56 percent of budtenders surveyed during a 2016 review received training of any kind before taking the job. What training there is doesn’t have to meet any “vetted or certified” standards,” said Mieure, who observed that other job sectors are held to much higher standards that the supposedly tightly regulated cannabis industry.

“I always like to say that the people who do your nails or your hair go through more training,” he said, when budtenders are far “beyond retail. We’re part pharmacist, part psychologist, in some cases.”

A state-certified minimum training course might help. So would worker rights won by labor unions, which have notched wins against employers who have tried to walk back certain basic rights. But so would a re-imagining of the dispensary experience. Instead of a five-minute “in-and-out,” what if a dispensary was a social gathering space—what if, instead of like a corner liquor store, it operated more like a bar?

Some cannabis aficionados bristle at comparisons to the alcohol industry. After all, Colorado legalized cannabis in 2012 on the strength of an advertising campaign that juxtaposed cannabis as a safer alternative. But with its tasting notes hinging on the finer points of climate and terroir, high-end cannabis begs comparisons to nothing more so much as fine wine.

That said, it’s wishful thinking to expect a sommelier to appear at your corner liquor store to help you choose between a jug of Gallo or a box of Franzia. However, the time and space for a discriminating selection and an in-depth conversation is a perfect fit for dispensaries that are social-consumption lounges—a concept seen during the medical-cannabis era that hasn’t quite transitioned to adult-use. “I think we’re going to see the specialty budtender come into play with consumption lounges,” Mieure predicted. Fair pay for a position like that could command as much as  $55,000 a year, with management scraping the six-figure mark. And in an industry supposedly worth tens of billions, why not? The cost of not doing so, as the Washington State researchers found, is bad advice that carries an even steeper bill.