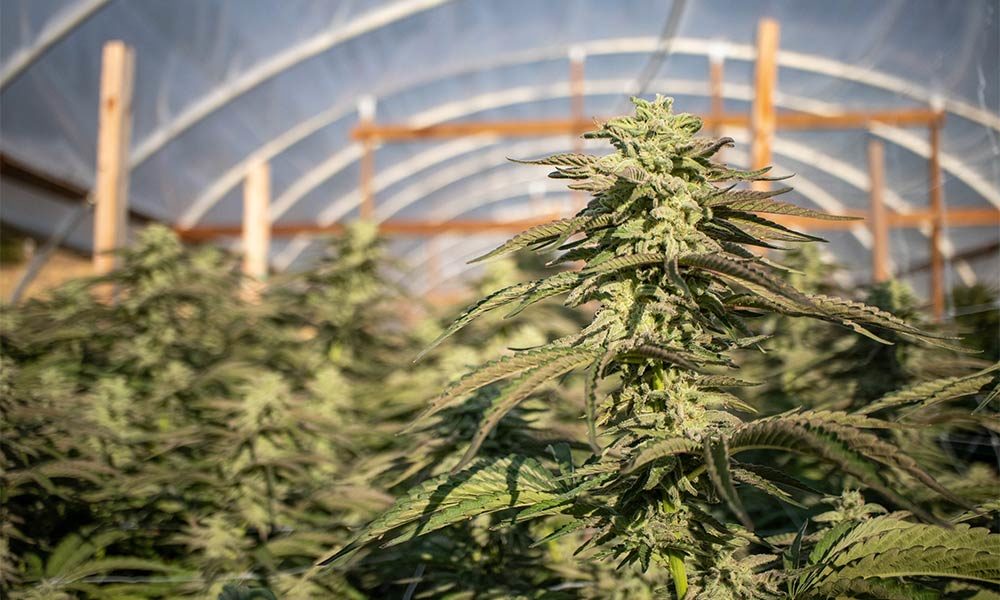 These days one is likely to hear the words “cannabis culture” in casual conversation, and especially at cannabis conventions. That got me to thinking, “What is cannabis culture today, now that the herb is legal? How is it different from the underground culture we created in the Sixties?”

The most obvious difference is that back then, because of the War on Drugs, cannabis culture was secretive. Yet that was also part of the thrill, getting away with something forbidden that was so good. As Kitty Green, a legacy grower who served time for pot, said: “It was a way of life—connecting nature and business and spirit.”

You were either in it or you weren’t. Whether you were a grower, smuggler, dealer, driver or consumer, you were a part of this hidden society where there was a shared risk. You could get the same sentence for a joint or 50 pounds. Of course, it being the USA of the ‘50s, ‘60s, ‘70s and even today, people of color are arrested more often and punished more severely. But the Hippies in the cities and mountains took their lumps as well.

As such, cannabis culture in those days bred a fair deal of paranoia, real and imagined, like seeing the flashing red lights in your rear-view mirror or hearing the whirr of helicopter propeller blades overhead. You always had to be on your guard for undercover narcs, rip offs, snitches and marijuana rustlers, so you developed a kind of sixth sense of who you could trust.

Up in the mountains of the Emerald Triangle rustlers were such a problem that growers set up shotguns and lights with trip wires around their grows and had dogs on patrol. In the fall, as the weed flowered into maturity, the paranoia quotient soared.

Whether you were a grower, dealer or smoker, you never spoke about pot in public, though you could somehow always tell a “brother” or a “sister” who was in the business. You also didn’t use your own phone (land line) because you figured it was probably tapped. Up on Humboldt County’s Mail Ridge, there was a large oak tree designated as a sort of drop box. People left messages, poetry—even cash—and it was secure.

The Magic of the Underground

In many ways the underground, or “counter culture,” as it was called, was a magic world. I like to compare it to the world of Harry Potter, in that we were a separate, secret “stoner” society living in and among the “straight” society without them knowing it. We were their children, their colleagues, their teachers, their favorite aunts and uncles, or that incredible musician, the amazing artist.

At the time we joked that we were the ones our parents had warned us about. There were secret codes, and a whole new slang vocabulary developed. We felt like wizards because weed, along with the acid, gave us intimations of higher consciousness and glimpses of telepathy and seemingly the ability to read minds.

In that underground cannabis culture, there was a sense of community, of looking out for one another. This was partly due to the shared risk, partly because there was plenty of money to be made, and partly because being a member of the secret world of pot was truly far out.

Tim Blake, founder of the Emerald Cup and longtime grower, put it this way: “In the heart of the Emerald Triangle was a tribe full of love, integrity and rebellious outlaws, with a relentless love for the herb…a free-spirited bunch of rebels.”

If there was a police raid, the word was spread by community radio and neighbors. When someone got busted, friends would care for the children and give the family their trim shake so they could make and sell hash. If someone had their tender sprouts eaten by mice or some other disaster, neighbors would donate new starts.

As Johnny Casali of Huckleberry Hill Farms in Humboldt, who spent nearly 10 years in prison for a few plants, says of cannabis culture: “It’s about community— the special uniqueness in all of us in the way we express ourselves, but most of all in how we support each other in all times of life—we’re always here for one another.”

The day he got home, 30 people were gathered at his ranch bringing food, marijuana and his cannabis genetics they had kept alive for a decade.

In the numerous mountain regions of California, where the cannabis is still grown, farmers would share growing tips, genetics, pest management techniques, how to make compost teas and so on. Also in the mountains, the “Hill Witches” were making their potions, salves, tinctures, edibles and topicals and trading formulas, while others were experimenting with extractions, concentrates and hash making. People were always giving away seeds, starts, flowers, hash, medicines and ideas.

But it was really hard work—we called it “Ganja Boot Camp.” Because of police raids, everyone grew in the woods under the canopy cover, preferably under the bright green manzanita bushes. You had to carry 50-pound bags of soil on your back up the mountain, crawling under the bushes, trying to hide your trail. The typical plant would yield only six to eight ounces because it wasn’t grown in full sun, but at $5,000 per pound you could still make a good living.

Harvest and trimming were kind of a work/party scene, with trimmers who were family and friends, living in the house for five or six weeks, getting paid by the pound, listening to music, gossiping, staying up until midnight. When finished trimming, you would contact your dealer via a remote pay phone and use code words to tell them how much you had to sell. They would come up with “suitcases full of cash,” as my friend Maggie tells me, smoke one joint and take the whole crop, maybe 50 or 100 pounds. Alternatively, you could “run the gauntlet” from the Emerald Triangle to the Bay Area on Highway 101, with a few pounds of trimmed weed for your contact in “the city.”

Nikki and I moved up to the Emerald Triangle in the early 2000s, but we had known growers from Mendocino for years. We’d been dealers in San Francisco since the Sixties, and when possible, would score the primo sinsemilla from the Emerald Triangle to bring back to the city and sell. Occasionally, we would come up and help trim the fall harvest. Synchronistically, we met people living and growing in the mountains who had also lived in India and traveled the “Hippie Trail” as we did.

In regards to cannabis culture, Lindsay MacEwan, Director of Procurement and Product Development at Grassdoor Delivery, says: “The culture I have witnessed is buried deep in the Emerald Triangle amongst the tight knit communities that paved the way to get the cannabis industry to where it is today.”

Now all of this is admittedly “romanticizing” the cannabis counter-culture outlaw hero, but that is how we saw ourselves—as family and as stoner warriors, and we were all over the world. With a few cannabis connections you could travel to almost any city in the US, or any country in the world, and find dope and fellow smokers.

In the transition from an illegal underground economy to a legal, taxed and publicized commodity, much is changing in the world of cannabis. More internationals are entering the industry, and multistate operators have dozens of dispensaries in vertical operations in many states. Big Tobacco and Big Pharma are maneuvering for advantage. Stocks are traded on the Canadian stock exchange. Cannabis brands are advertising in glossy magazines. Retailers are spending millions on store displays. It sure is different, and most of us who opted for the legal market yearn for the “good old days” of the underground cannabis world.

People do still recognize the sense of community that held us together back then, but as there is no longer a need for secrecy, we are forming trade organizations and starting farmers markets. Cultivators and manufacturers are beginning to brand their products and launch advertising campaigns.

There is a rift in the old-time cannabis community between those pursuing the legal route and those who stayed in the underground or “traditional” market. We are still neighbors, but we don’t hangout like we did in the old days. If my neighbor has decided to still be working the traditional market, that’s their business and I really don’t care, but I would rather not know about it. That is, unless they have blown it up big and thereby done environmental damage to our beautiful mountains, meadows and streams. Then I care.

For me, in today’s cannabis world, community and inclusiveness are the key words. People are realizing that it isn’t just about smoking a joint and getting stoned. It’s about all the hundreds of ways that cannabis is a healing medicine for all ages and is a part of all cultures, ages, religions and sexual persuasions.

As Moses Flickinger, founder and CEO of Africali Culture says, “cannabis culture is the legacy farmer, generations of farmers who tend, till, build and respect the land. It is the mountain life that pulls you away to solitude. It’s the international travelers who thread the culture across the globe, working the seasons in California and seeding more freedom, friendships and communities. It’s the single mother who grew medicine to provide sustenance and stability for her children when there was no other way, the Brown folks who are the reason for the name marijuana, yet get left out, or the Blacks criminalized.