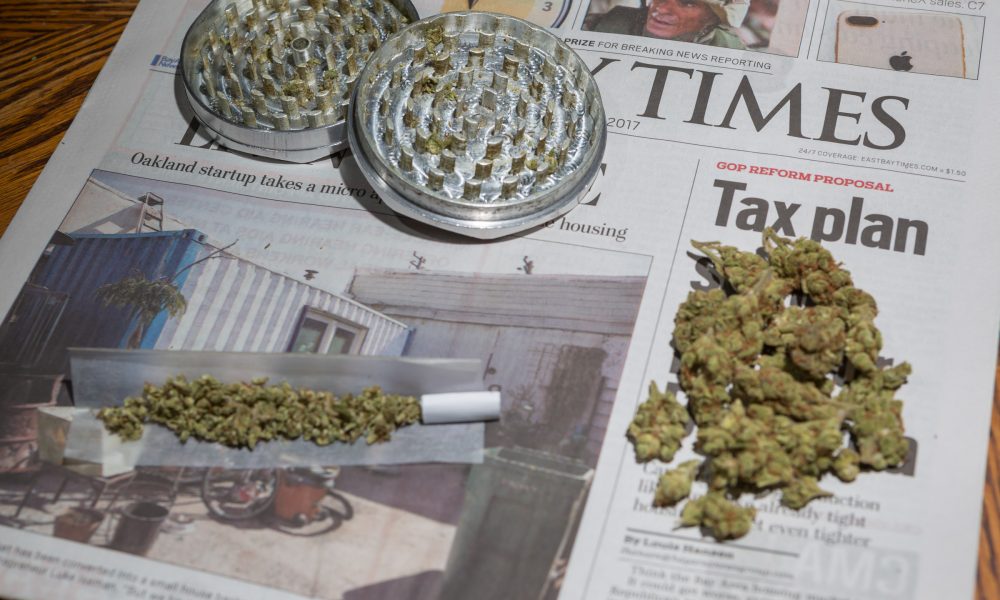 They say a journalist is a machine that converts coffee into copy. But where do you think the coffee comes from? Readers like you!

Signing up for a $25/month subscription will help keep us digging, interviewing and reporting on all the cannabis news that’s fit to print. And in return, you’ll gain access to our Bill Tracker tool, too, so you can have the most up-to-date information on the drug policy reform efforts around the U.S.

Join Marijuana Moment for $25/month to support our work: https://www.patreon.com/marijuanamoment

U.S. Pardon Attorney Elizabeth Oyer discussed Justice Department plans to launch a simple webform that people can fill out in 10 minutes to get certificates showing that they received a marijuana pardon from President Joe Biden.

As congressional lawmakers work to craft an omnibus appropriations bill that advocates hope can be the vehicle for marijuana banking and other reform provisions, Senate Banking Committee Chairman Sherrod Brown (D-OH) said “it absolutely could still happen” and that negotiators are “this close to a deal.”

The Louisiana State Board of Medical Examiners is temporarily halting enforcement actions against doctors who recommend medical cannabis via telemedicine, a move that comes after senators criticized the agency for refusing to lift an in-person requirement.

Marijuana prohibitionists have tried to argue that simple decriminalization of possession is enough to end arrests—but a new study published by the American Medical Association shows that full legalization drives down arrests even more in states that had already decriminalized.

President Joe Biden issued a notice continuing a national emergency regarding the “unusual and extraordinary threat to the national security, foreign policy, and economy of the United States constituted by global illicit drug trafficking.”

Sen. John Hickenlooper  (D-CO) tweeted, “Everyone’s talking about marijuana legalization, so let’s make sure we get it right.”

Kentucky Gov. Andy Beshear (D) is pushing lawmakers to legalize medical cannabis, pointing to public support for the reform and defending the legality of his recent executive order on the issue.

A spokesperson for New Hampshire Gov. Chris Sununu (R) said that if lawmakers pass a marijuana legalization bill he would “review any such legislation and determine whether it’s in the best interests of New Hampshire’s citizens.”

Georgia’s House Study Committee on Cannabis Waste Disposal and Recycling will meet on January 5 and 6.

Missouri’s top marijuana regulator said that half of current medical cannabis businesses have already submitted applications for licenses to sell to the recreational market.

Guam regulators approved applications for “responsible individuals” for marijuana businesses, but none have yet applied for licenses.

The Massachusetts Department of Transportation is adding lessons about cannabis impairment to driver’s education programs.

A New York City nonprofit is planning a soft launch for sales at its licensed marijuana dispensary on December 29 after it was approved by a Manhattan community board.

Kansas City, Missouri’s mayor announced that the Municipal Court dismissed more than 500 marijuana cases over the past week.

The Colombian Senate approved a revised marijuana legalization bill that reconciles differences between earlier versions that it and the Chamber of Representatives advanced.

The Philippine Senate health and demography subcommittee held a hearing on a medical cannabis bill.

A review concluded that “cannabinoids have a role in treating chronic neuropathic pain as evidenced by significant improvements in sleep quality, pain intensity, and” patients’ global impression of change.

Americans for Prosperity included a federal marijuana legalization bill in its “Pathway to Prosperity” recommendations for the new Congress.

VS Strategies’ Mason Tvert discussed his work in the reform movement, including helping to lead Colorado’s successful marijuana legalization campaign.

Actor James Woods tweeted, “The open border policy of the Biden administration is rotting our Republic from within. With the unceasing invasion, witnessed yet ignored daily, comes the drug plague and its unadulterated horrors. Shame on this president and his cackling ‘drug czar’ VP.”