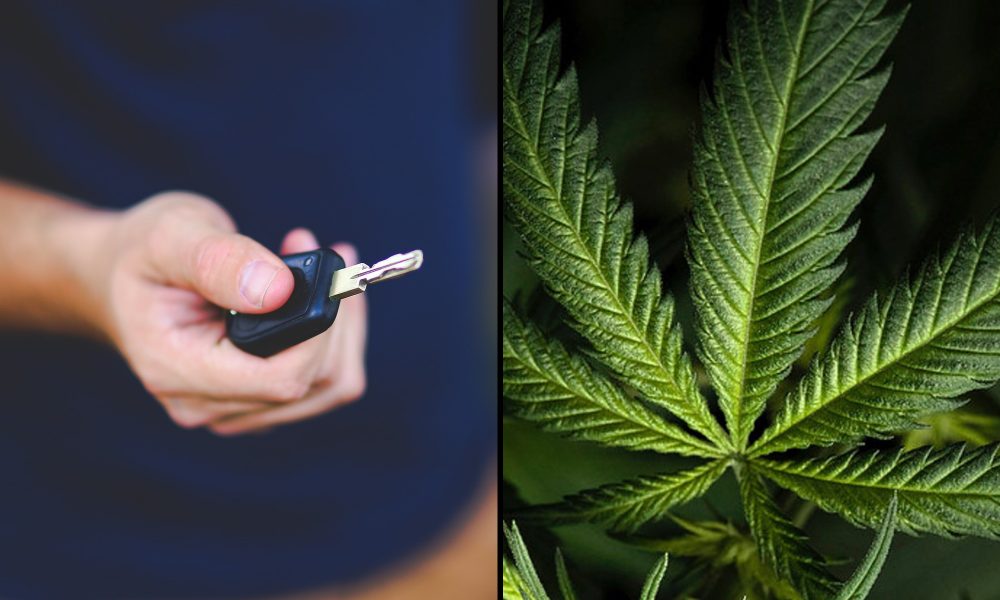 A federal agency released a report on Thursday that urges states that have legalized marijuana to include warning labels on cannabis products that caution against driving while impaired—noting that federal prohibition is a barrier to nationalizing such consumer education to mitigate public safety risks.

The National Transportation Safety Board (NTSB) report provides an in-depth overview of the “crash risk associated with different drugs, including alcohol, and the prevalence of their use among drivers,” as well as “countermeasures to reduce impairment-related crashes.”

One countermeasure that NTSB recommended to states across the U.S. is to mandate marijuana labeling to inform consumers about the dangers of driving after consuming cannabis. The board recognized that several legal states do require such labeling, but pointed out that others don’t.

Today #NTSB released a new Safety Research Report, “Alcohol, Other Drug, & Multiple Drug Use Among Drivers.” Researchers found, in the U.S., alcohol remains the most often detected drug in #impaireddriving incidents, & cannabis is the second most common. Read the press release ⬇ https://t.co/WUEFPwafib

Because marijuana remains federally prohibited, “there is no federal requirement for labeling cannabis,” the report says. As such, NTSB didn’t propose a federal labeling requirement, instead saying that states should take lessons from other states and Canada, where cannabis is legal nationwide, to develop warning labels that explicitly discourage impaired driving.

Meanwhile, there is a standardized warning label for alcohol in the U.S. that’s mandated under a federal law enacted in 1988, the report notes. And while “evidence suggests that alcohol labeling had little effect on behavior change, some authors have suggested that even small effects can be meaningful if a product is widely used.”

The report compared marijuana labeling rules in Maryland and Oklahoma as examples of the policy disconnect. In Maryland, medical cannabis products are required to be labeled with a warning about impaired driving; in Oklahoma, the state-mandated label only talks about risks of consumption for youth and pregnant or breastfeeding women.

“Although it is not clear whether the inclusion of driving-related warnings on cannabis labels would influence driver behaviors or reduce crash risk, a recent national survey found that drivers are less likely to perceive driving after cannabis use to be dangerous compared to driving after alcohol use,” the board said. “Additionally, the absence of such labeling―especially when alcohol and many prescription and OTC drugs do include warnings about driving―could lead users to believe that cannabis does not impair driving.”

“The NTSB concludes that including driving-related warnings on cannabis products, similar to those on alcohol and many prescription and OTC drugs, would increase awareness of the risks of cannabis-impaired driving. Therefore, the NTSB recommends that the District of Columbia, the Commonwealth of Puerto Rico, and the 21 states where cannabis use is legal but driving-related cannabis warning labels are not required or are inadequate require a warning label on cannabis products advising users not to drive after cannabis use due to its impairing effects.”

NTSB said that Canada’s national warning label for marijuana products, or those that are required in select states, could serve as models for jurisdictions that don’t currently have similar rules on the books. It also pointed out that an organization created an international symbol for intoxicating cannabis items last year that could be adopted in states.

Alcohol and marijuana were “the two most commonly detected drugs across all populations studied” as part of the driving report, the board said. “Alcohol continues to be the drug with the most detrimental impact on traffic safety; however, cannabis and other potentially impairing drugs contribute to the problem of impaired driving crashes.”

The report says that “there has been a general movement to decriminalize or legalize cannabis use over the past decade” at the state level. It also acknowledges that research on the impact of the reforms has been “mixed.”

Preventing impaired driving from THC is a shared goal among legalization advocates and prohibitionists alike. But reform opponents have insisted that legalizing cannabis leads to increased impaired driving, despite conflicting studies, while supporters have maintained that enacting regulations—including label requirements—is a more effective means of deterring risky behavior.

“Public campaigns and drug labeling are two strategies that have the potential to raise awareness about the hazards of cannabis- and other drug-impaired driving and the potential consequences of doing so,” NTSB said. “In theory, if drivers have greater awareness of the risks, they may be less likely to use drugs if they know they must drive or more likely to make plans for alternative forms of transportation when using drugs, leading to a reduction in impaired driving crashes.”

The National Highway Traffic Safety Administration (NHTSA) has promoted public education campaigns about the dangers of driving while impaired from cannabis, including one that features a confusingly cool-looking cheetah who is depicted being pulled over by a police officer.

The new report says that “NTSB concludes that media campaigns have the potential to raise awareness of the risk of impaired driving associated with cannabis, other drug, and multiple drug use, but it is unclear if they change driver behavior.”

For what it’s worth, a large-scale survey that was released last month found that states where marijuana is still criminalized see people initiate cannabis use at a younger age, consume more frequently and drive while under the influence more often

In November, U.S. Sen. John Hickenlooper (D-CO) sought update on that status of a federal report into research barriers that are inhibiting the development of a standardized test for marijuana impairment on the roads.

The senator sent the letter to the head of NHTSA on the one-year anniversary of President Joe Biden signing a large-scale infrastructure bill that included language mandating the cannabis report. Under the law that Hickenlooper referenced, the Department of Transportation (DOT) is required to complete the report by November 2023.

Experts and advocates have emphasized that evidence isn’t clear on the relationship between THC concentrations in blood and impairment.

A study published in 2019, for example, concluded that those who drive at the legal THC limit—which is typically between two to five nanograms of THC per milliliter of blood—were not statistically more likely to be involved in an accident compared to people who haven’t used marijuana.

Separately, the Congressional Research Service in 2019 determined that while “marijuana consumption can affect a person’s response times and motor performance…studies of the impact of marijuana consumption on a driver’s risk of being involved in a crash have produced conflicting results, with some studies finding little or no increased risk of a crash from marijuana usage.”

Another study that was published last year found that smoking CBD-rich marijuana had “no significant impact” on driving ability, despite the fact that all study participants exceeded the per se limit for THC in their blood.