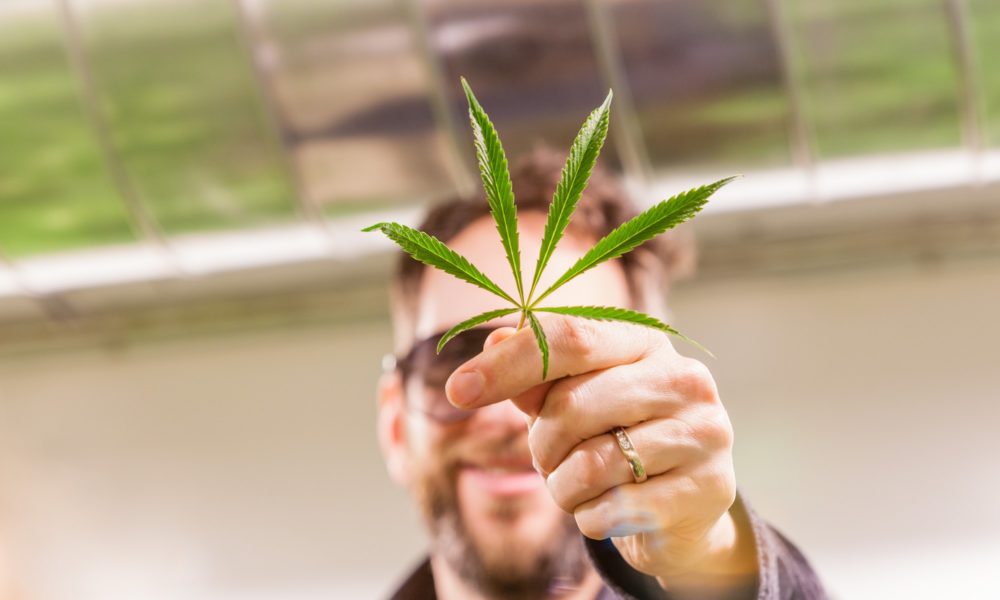 This Father’s Day, give your dad the gift of open and honest dialogue.

Depending on your relationship with your dad or the father figure in your life, cannabis may or may not be a comfortable topic of discussion— especially if you factor in his personal perspective on cannabis and cannabis consumption.

But cannabis entering more prominently into the discourse of the day, and with Father’s Day coming up to boot, now is a great time to break the ice once and for all and talk to your dad about his views on the matter.

But it’s probably smart to temper your approach based on where your dad stands and what kind of guy he generally is. Whether he’s the “cool dad” who you can talk to about anything or one of those dads who requires a PowerPoint presentation to understand who Rihanna “is,” you can use some of these tips as starting points to get the conversation with your pops moving in the right direction.

The Dad Who Used to Smoke

Maybe he hasn’t lit up in a couple of decades, but when he was younger, he could hold his own blowing clouds with the best of them. You can ease him into a conversation by piquing his interest in some of the new ways cannabis is being consumed and transformed into other products. Talk to him about all the different strains, let him know about terpenes and delight him with videos on how much the art of joint rolling has evolved. You can also ask him to share some stories of his weed-loving glory days — most dads love talking about the good old days, right?

The Chill Dad Who Smokes Now

Just admit it: You kinda want to smoke with your dad. And you might even want to swap tips or even take a trip to a dispensary together. If you’re waiting for your dad to ask you to join him, just take the lead and invite him yourself. Since it’s Father’s Day, it only makes sense that you would generously treat your old man to your favorite strain or a gourmet edible. This is the perfect opportunity to make sure that he knows that the two of you can share (and match!) without any awkwardness.

The Dad Who Can Be Convinced… With Solid Information

Without a doubt, times have changed. Not only is there more information than ever available on cannabis, people from all walks of life have been coming forward as productive and successful cannabis consumers to help shift the image and dissipate the stoner stigma. You don’t need to stage an intervention to change your dad’s perspective on cannabis, but perhaps you could start by recommending some light reading or even an interesting documentary that can help shed some light on the healing plant.

The Dad Whose Relationship with Cannabis is Unclear

If you aren’t that close with your dad, it might occur to you that you actually have no idea what he thinks about cannabis. Maybe he has never mentioned his opinion or it has just never, ever come up in conversation so you aren’t really sure where he stands on the topic of consumption. Based on what you do know about his other views, you can ease into the conversation with a current event related to cannabis, gauge his response and take it from there.

The Dad Who is Totally Against Cannabis

You might wonder: Why should I try to have a conversation with someone who already has a clear, oppositional stance on a topic? Well, sometimes hearing new information from an untapped source can make a big difference. That doesn’t mean that you have to share with your dad whether or not you partake, but if his opinion is based on propaganda, smear campaigns and fear mongering then it might be time to bring him into 2019 where people are using cannabis as medicine. Does he know how much cannabis can help people with epilepsy, fibromyalgia, anxiety, depression and cancer? Enlighten him with some studies and research that can at least help him to understand how cannabis can be utilized, even if he doesn’t change his mind.