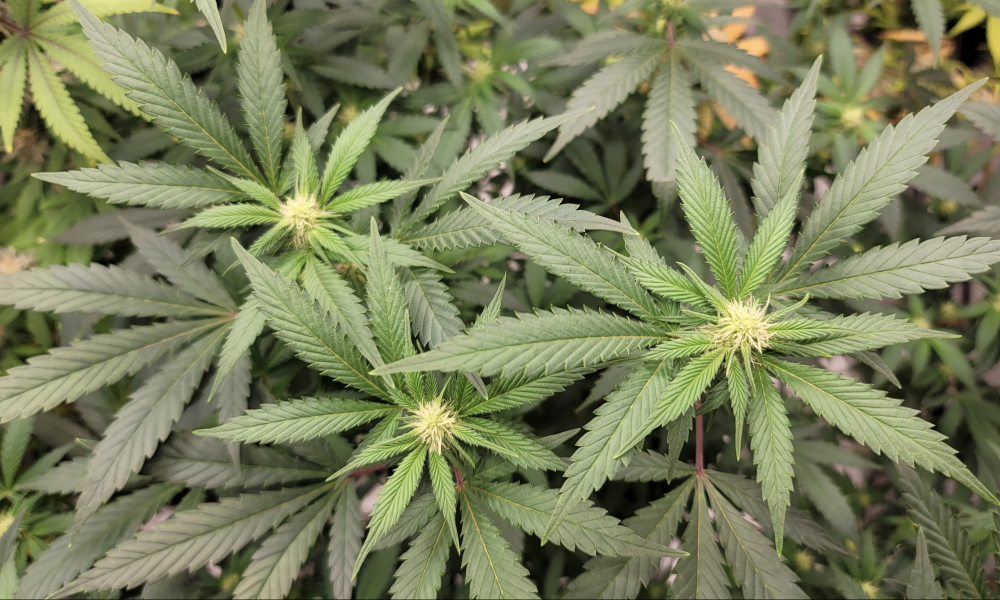 The governor of Kentucky used his State of the Commonwealth address on Wednesday to call on the legislature to legalize medical marijuana “this session,” saying that it’s an essential reform for the state to make sure it is “treating people right.”

“Far too many Kentuckians are suffering from life-threatening and chronic conditions like our veterans with PTSD or Kentuckians with cancer,” Gov. Andy Beshear (D) said.

That’s why he signed a pair of executive orders in November, which took effect at the beginning of the month, he said. Those moves allow patients who meet certain criteria to possess up to eight ounces of medical cannabis legally obtained from dispensaries in other states and also regulate the sale of delta-8 THC products.

The governor said that the medical cannabis order is important because it “allows people to get help they need without fearing a misdemeanor.”

He shared the story of a mother, Chasity Harney, who was diagnosed with cancer and prescribed “every form of pain pill,” yet still found “little relief.”

Harney “found real relief from medicinal cannabis oil,” the governor said. “It’s going to help a lot of people. Let’s pass medical cannabis for Chastity and every person in need.”

Kentuckians overwhelmingly support medical cannabis and are driving to neighboring states to spend their dollars. Why don’t we keep that money here? And let’s give Kentuckians another thing they want – and finally pass sports betting. #SOTC2023

Beshear also talk about medical cannabis as a priority in a preview video he released ahead of his State of the Commonwealth address.

The speech comes as advocates in Kentucky have stepped up their push for reform—and as Beshear’s administration has taken steps to notify police about the policy changes in effect as of January 1 under his executive orders.

Advocates who met with the governor last week to talk about how patients can benefit from medical cannabis praised his commitment in the speech.

“This is an exciting step toward legalizing medical cannabis in Kentucky and we commend Gov. Beshear for his support on this important issue,” Lauren Bratcher, deputy director of Kentucky NORML, said in a press release. “He assured us during last week’s meeting that he was behind this issue 100 percent and he proved that today with his declaration at the closing of his State of the Commonwealth speech tonight.”

Activists also want the state to move ahead with broader marijuana reforms.

“Decriminalization policies are vitally important for ensuring access to patients. The continued criminalization of cannabis use is out of step with the views of the majority of adults in Kentucky,” Matthew Bratcher, Kentucky NORML’s executive director, said. “The ongoing enforcement of cannabis prohibition is a financial burden to taxpayers, an encroachment upon civil liberties and engenders disrespect for the law. Decriminalization policy reform can also protect medical cannabis patients from workplace and tenant discrimination.”

Beshear has separately asked the state’s Administrative Office of the Courts to conduct an analysis to determine how many Kentuckians have misdemeanor marijuana charges on their records and the possible impact of pardons.

He’s said that he’s continuing to push for medical cannabis legalization in the state, but he also recognizes the importance of providing relief to those who’ve been criminalized under the broader prohibition of marijuana.

Kindness and compassion also dictate that this session the General Assembly must finally legalize medical marijuana.

Too many Kentuckians are not getting the care they need to treat chronic conditions, like veterans with PTSD or those with cancer. #SOTC2023 pic.twitter.com/EAkkHEZiik

Also, the governor recently released a report from a medical marijuana advisory committee that he formed in June, and he said in September that he would be taking their findings into account as he continues to consider executive actions for reform.

The committee’s report also determined that while the governor many be able to enact some reforms unilaterally, most of its recommendations to provide patients with medical cannabis access “would require legislative action”—a problem given some leading lawmakers’ opposition to moving ahead.

In April, the governor previewed plans to advance the issue of medical marijuana administratively, criticizing the Senate for failing to heed the will of voters and for “obstructing” reform by refusing to even give a hearing to a House-passed bill this year.

Beshear has made several recent comments about the possibility of taking executive action on cannabis policy though has said he would prefer for lawmakers to pass comprehensive legislation on the issue. But with a House-passed medical marijuana legalization bill dead after the end of the legislative session, he’s increasingly expressed openness to administrative action.

It’s time we give our people what they want and legalize medical cannabis. Too many Kentuckians are suffering, including those battling cancer and our heroic veterans who have sacrificed for us. This safe and effective treatment can provide safe, effective relief. #SOTC2023 https://t.co/bAEm5sFI9S

Senate Floor Leader Damon Thayer (R) steadfastly opposes the broader medical cannabis policy change, having warned that it’s a fast-track to full legalization. He said in March that the House-passed medical marijuana legislation had no chance of passing this session and it’s “done for the year.”

“I know my constituents are for it,” Thayer, who owns a whiskey distillery, said during a televised panel last January. “But this is a republic, and they elect us to go to Frankfort and make decisions on their behalf—and if they don’t like it, they can take it out on me in the next election.”

Democratic leaders from both chambers, meanwhile, said last year that legalizing medical marijuana would be a top legislative priority for this year’s session. And in the spirit, Senate Minority Floor Leader Morgan McGarvey (D) and two other colleagues filed their own legalization measures early last year.

The governor also voiced support for broader legalization in 2020, saying that it’s “time we joined so many other states in doing the right thing.” He added that Kentucky farmers would be well positioned to grow and sell cannabis to other states.

This week, a representative filed legislation for the 2023 session that would put a marijuana legalization referendum on the ballot for voters to decide on.