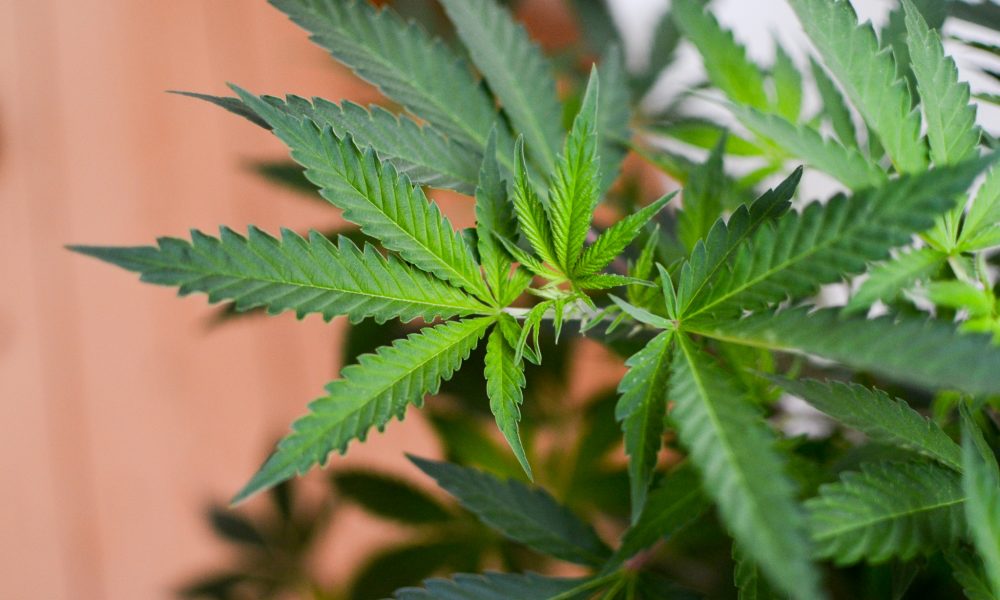 A strong majority of American voters—including most Republicans, Democrats and independents—support legalizing marijuana and the federal level, according to a new poll. And majorities also back policies meant to promote equity in the industry.

The survey from Data for Progress found that 65 percent of Americans are in favor of federally legalizing cannabis—a finding that’s consistent with numerous polls that have been conducted over recent years.

There’s support for the reform across the political spectrum, with 75 percent of Democrats, 67 percent of independents and 52 percent of Republicans agreeing that cannabis prohibition should end. 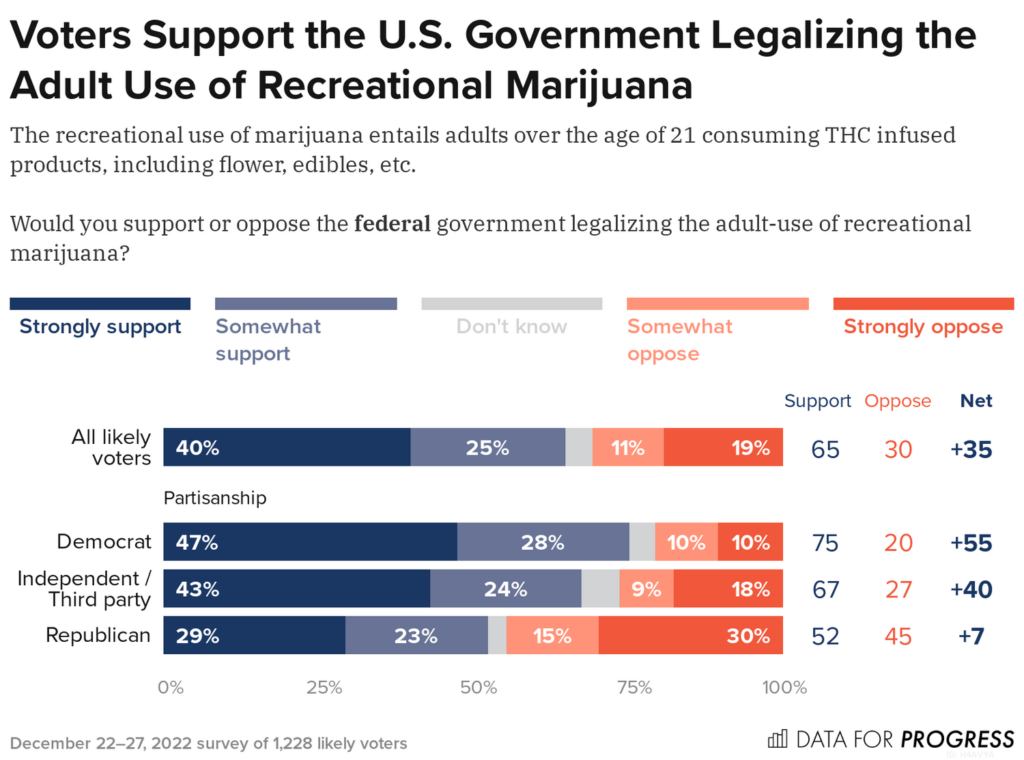 Data for Progress also asked about two key equity policies that were enacted as part of New York’s marijuana legalization law: one that sets aside the initial round of cannabis business licenses for people who’ve been disproportionately harmed by the drug war and another that allocates a portion of marijuana tax revenue for community reinvestment.

About half of the total respondents in the survey were asked if the former policy should be adopted nationally if cannabis is federally legalized and the rest were asked about the latter.

For the licensing prioritization question, 57 percent said that they’d like to see licenses reserved for “individuals from communities that were disproportionately impacted by the enforcement of cannabis prohibition,” as is mandated under New York’s program. 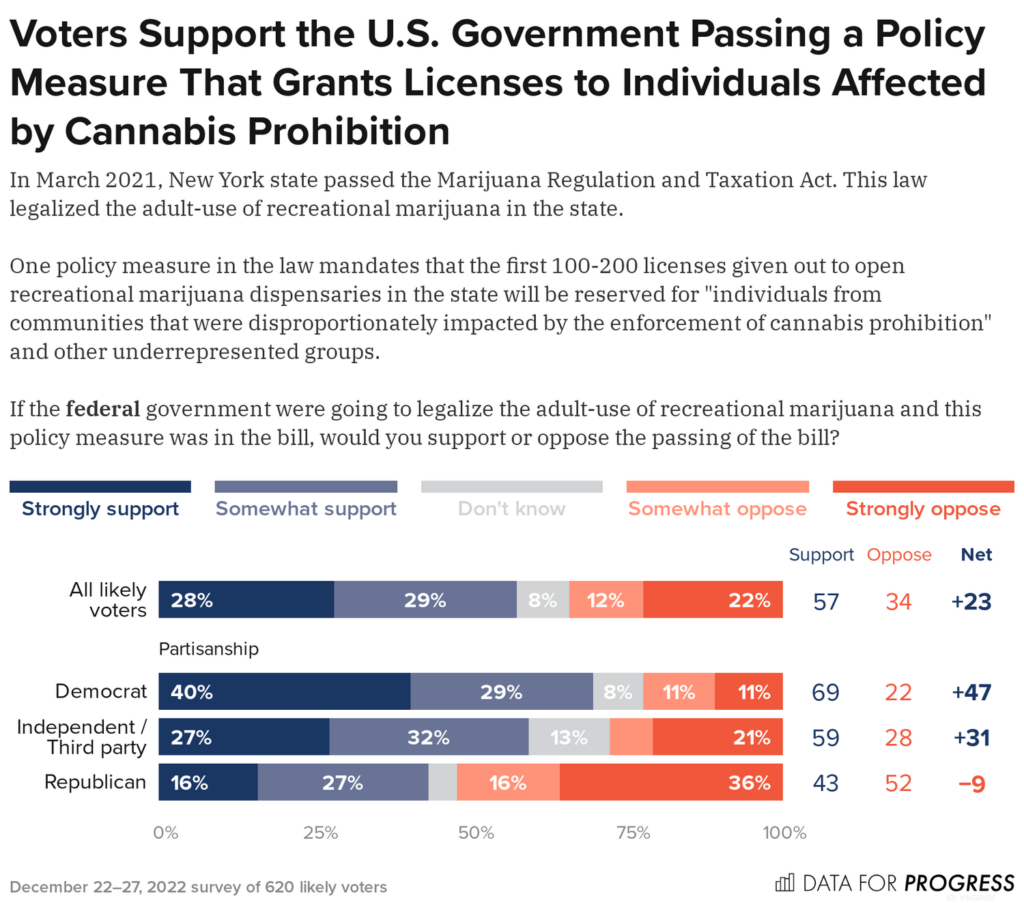 Meanwhile, 65 percent of likely voters are in favor of the other proposal to direct a sizable portion of cannabis tax revenue to a grant fund for non-profit sand governments to support “community-based initiative programs, such as job placement and skill services, substance use treatment programs, and financial literacy courses.” 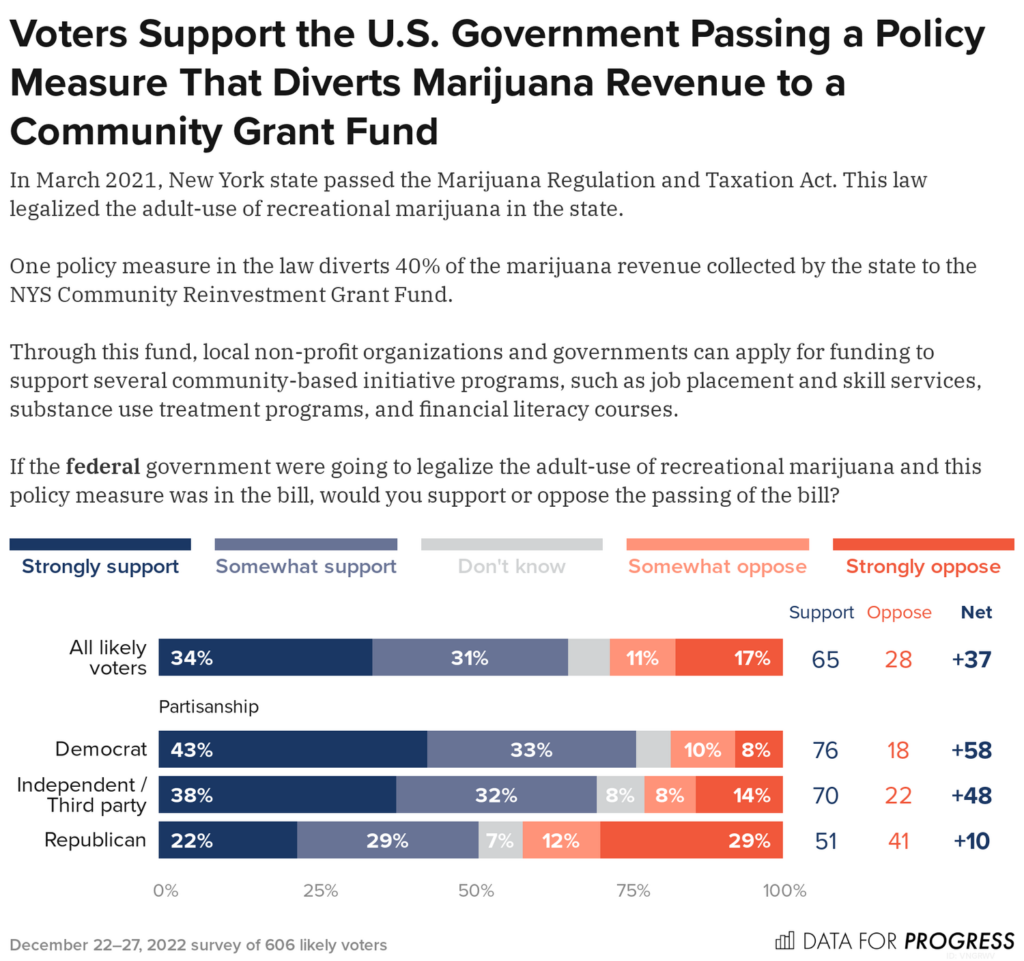 There’s bipartisan support for that policy, including 76 percent of Democrats, 70 percent of independents and 51 percent of Republicans.

“Our poll shows that voters are ready for the U.S. government to finally legalize the adult use of recreational marijuana,” Data for Progress said in its analysis of the results. “It also shows that when the U.S. government does legalize recreational marijuana, voters support passing equitable policies with it that aid minority communities, including reserving dispensary licenses for individuals affected by cannabis prohibition and diverting portions of marijuana revenue to community grant funds.”

“It is time for the U.S. government to right its previous wrongs from the failed ‘War on Drugs’ and legalize recreational marijuana while giving back to those communities who were heavily affected,” the organization said.

The first part of the survey on federal legalization involved interviews with 1,228 likely voters from December 22-27, with a +/- 3 percentage point margin of error. The licensing question was put to 620 of those respondents, while 606 were asked about the grant fund proposal.

In November, Data for Progress released a separate poll that additional found that roughly three in four Americans, again including bipartisan majorities, back expunging prior cannabis convictions and allowing banks to work with state-legal marijuana businesses.

The organization also put out a survey last year that showed 52 percent of Americans agreed strongly or somewhat with the idea that “people of color are unfairly punished for possession of marijuana compared to white people.” However, only one in four Republicans agreed with that statement.