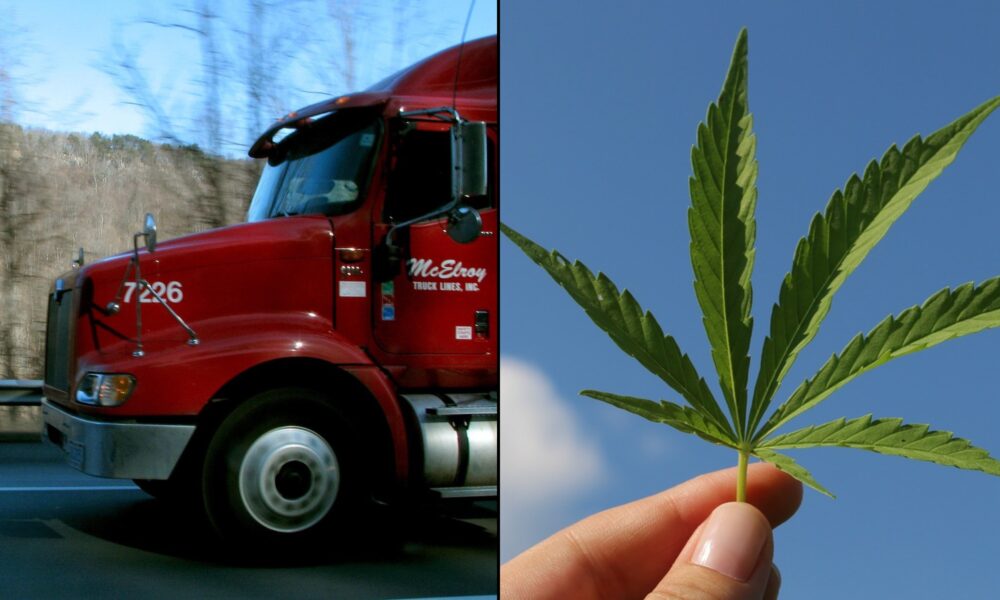 A new bill prefiled in Washington State this week represents the latest effort to expand U.S. cannabis markets across state lines. With similar laws already on the books in Oregon and California, passage would set the stage for marijuana products to travel legally up and down the West Coast and beyond.

Even if the interstate cannabis commerce bill becomes law in the coming session, however, actual cross-border marijuana deals couldn’t commence without approval from the federal government.

Senate Bill 5069, prefiled Monday by a bipartisan group of four state senators led by Sens. Ann Rivers (R) and Karen Keiser (D), would give Washington’s governor the authority to enter into agreements with other states to allow business between state-licensed cannabis companies. Any products delivered from out-of-state businesses would still need to be tested in accordance with Washington regulations and comply with state packaging and labeling rules.

As written, the legislation would take effect only on one of two conditions: either a change in federal law “to allow for the interstate transfer of cannabis” between legal businesses or the issuance of a U.S. Department of Justice opinion “allowing or tolerating” marijuana commerce across state lines.

In either event, Washington marijuana regulators would be required to provide written notice of the federal policy change as well as any state-level “statutory changes necessary to authorize the sale, delivery, and receipt of cannabis” from out-of-state companies. Regulators would also need to adopt necessary rules for cross-border trade.

Outside advocates of opening markets to interstate sales, such as the Alliance for Sensible Markets, which launched a campaign to encourage governors to embrace the idea in 2020, have framed the change as an economic driver that would help connect cannabis supply with demand—benefiting consumers, medical patients and businesses.

The alliance has argued that cross-border trade would increase valuations of farms and businesses in “producer states” while speeding the launch of markets in newly legal consumer states, which can sometimes take years to get up and running.

Oregon and California have already adopted laws similar to the new Washington bill.

In 2019, Gov. Kate Brown (D) signed an Oregon bill to allow interstate marijuana compacts in an effort to address what many see as an oversupply of cannabis that drives down in-state prices.

And in September, California Gov. Gavin Newsom (D) gave approval to legislation that would allow cannabis imports and exports.

In New Jersey, Senate President Nick Scutari (D) filed a bill in August that would allow interstate cannabis commerce there, but the measure has not yet advanced in the legislature.

While the text of the Oregon law and Washington proposal say they would only take effect in the event of federal policy changes to ensure cross-border activity doesn’t put states at risk of Justice Department enforcement actions, the California statute and New Jersey bill would additionally allow interstate commerce to move forward if the state attorney general issues an opinion saying that the risk of federal intervention is low. Such a provision removes the decision solely from the federal government and puts more discretion in state officials’ hands.

Despite the 2019 change in Oregon, a cannabis business there is suing the state in federal court over the ongoing prohibition on imports and exports in light of federal inaction. Jefferson Packing House, the plaintiff, argues in the suit that the policy is unconstitutional and against the state’s best economic interest.

In a letter to top state officials named as defendants, lawyers for Jefferson wrote that they “recognize that marijuana is still illegal under federal law, and that this lawsuit will not change that fact.”

“However, we believe that the State of Oregon should be fully aligned with supporting its local marijuana industry,” the letter continues, “and therefore that Oregon law should no longer prohibit the export of marijuana to other states.”

The lawsuit, filed in the U.S. District Court for the District of Oregon, is based on an interpretation of the Constitution’s Dormant Commerce Clause (DCC), which is meant to promote competition by preventing states from independently regulating interstate commerce, leaving that responsibility solely within the purview of Congress.

Part of the reason that they’re confident that a federal court will decide in their favor is because of a federal appellate court ruling this August.

In that case, the U.S. Court of Appeals for the First Circuit ruled that Maine’s law prohibiting non-residents from owning medical marijuana businesses is unconstitutional because it violates the DCC. Following that ruling, legal experts said that the decision could have more far-reaching implications for interstate cannabis commerce.

“Washington is one of only two states that does not allow a cannabis business to access normal funding tools—venture capital, angel investors, equity partners—the kinds of things that a typical business looks to grow their business,” the group’s director said in a webinar last month, according to MJBizDaily. “It’s time for the state to really take a look at that and figure out how to how to give our licensees tools there.”

Given existing state restrictions on Washington businesses, opening the market to companies from other states could raise related questions over how to ensure in-state businesses can compete against much larger companies that already operate across multiple states.

Similarly, Washington’s cannabis system also prohibits vertical integration of licensed companies, a provision that has limited the relative size of individual entities. Businesses in other states are not similarly restricted.

Washington lawmakers will already have their hands full this coming session as they work out a new law around simple drug possession. Due to a hasty lawmaking process following a surprise state Supreme Court decision in February 2021 that invalidated the state’s felony law against drug possession, the state’s current prohibition on having drugs—now a misdemeanor—is set to expire on July 1.