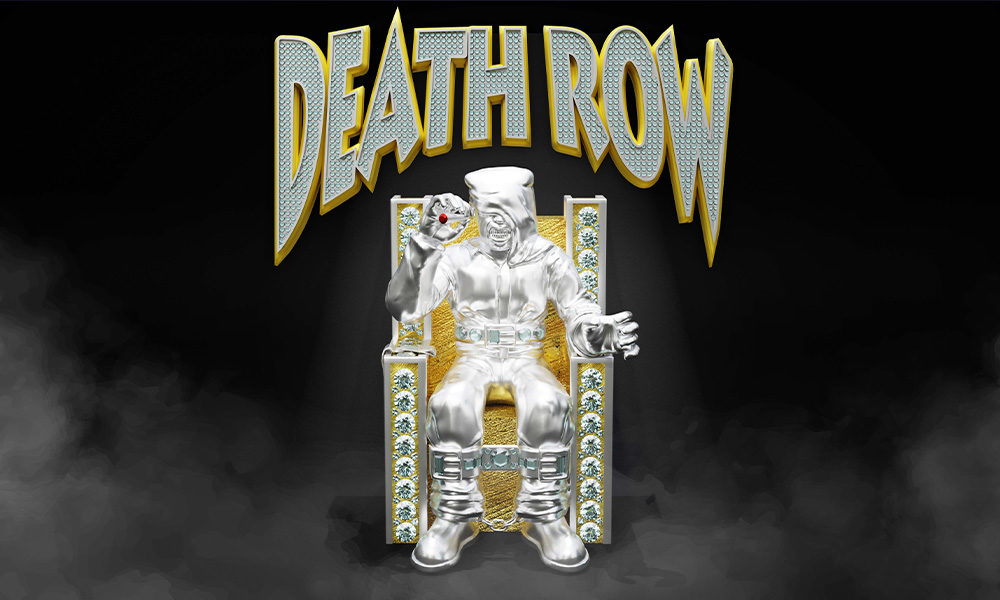 Death Row Cannabis dropped a fresh 22-second teaser video on Instagram this morning that featured an updated iteration of Death Row Record’s iconic hooded prisoner logo with a noticeable twist—the inmate is smoking a fat joint. The video is the creation of artist GUAP with a soundtrack provided by Kevin Gilliam, aka DJ Battlecat, the Los Angeles-based producer who’s worked with rap legends including Tupac Shakur, The Game, Xzibit, Snoop Dogg and many more.

According to a statement from the label, the new launch promises to “return Death Row to its former glory, all elements of the former label are being refitted for today’s audience and their evolving tastes.”

The executive “hand-selected by Snoop himself” to grow the company is West Coast legacy cultivator and industry insider, AK. He’s currently Vice President of Cultivation for TRP LLC, who owns a majority of the Cookies stores across the nation, including their facilities in Florida.

But AK is perhaps best known as being the man behind the IYKYK brand SMKRS and for his role alongside former partner WizardTrees in sprouting, selecting and expertly growing the Shirazi, RS11 (also known as Rainbow Sherbet #11), Studio 54 and strains from exotic cannabis breeder DEO.

According to a statement, “AK’s reputation for ‘fire’ OG weed keeps kids camped out in lines in front of their dispensaries.”

Death Row Cannabis will first be available at select Cookies California stores throughout California in Brentwood (Los Angeles), San Diego and San Bernardino on January 2, 2023, with other states and location rollouts to follow.

The news is something of a full-circle moment for Snoop Dogg, who acquired Death Row Records in February 2022 when he said he was “looking forward to building the next chapter of Death Row Records.”

The Long Beach native’s music career began at the LA-based gansta rap record label. Founded in 1991 by Tracy “The D.O.C.” Lynn Curry, Andre “Dr. Dre” Young, Suge Knight and Richard Gilbert “Dick” Griffey, the label catapulted gangsta rap from being a subculture and placed it firmly into the mainstream.

Snoop’s first appearance at Death Row Records came in 1992 when he and Dr Dre performed on the title track for the movie “Deep Cover.” His debut single “Who Am I (What’s My Name)?” was released by the label in October 1993 and became No.1 on Billboard‘s Hot Rap Songs chart and No.8 on the Top 100 chart. The song’s uptempo, funky vibe served as the ideal prelude to the rapper’s debut album, Doggystyle. Produced by Dr Dre, the album debuted at No.1 on the Billboard charts in November 1993 making it the first debut album in history to land in the chats in the covetable position.

“I’m thrilled and appreciative of the opportunity to acquire the iconic and culturally significant Death Row Records brand, which has immense untapped future value,” Snoop Dogg said in a statement at the time. “It feels good to have ownership of the label I was part of at the beginning of my career and as one of the founding members. This is an extremely meaningful moment for me.”

Snoop’s acquisition has seen the brand make moves to become “a multi-category cultural platform across music, entertainment and cannabis, all united by the blockchain for a new generation,” the label said in a statement.