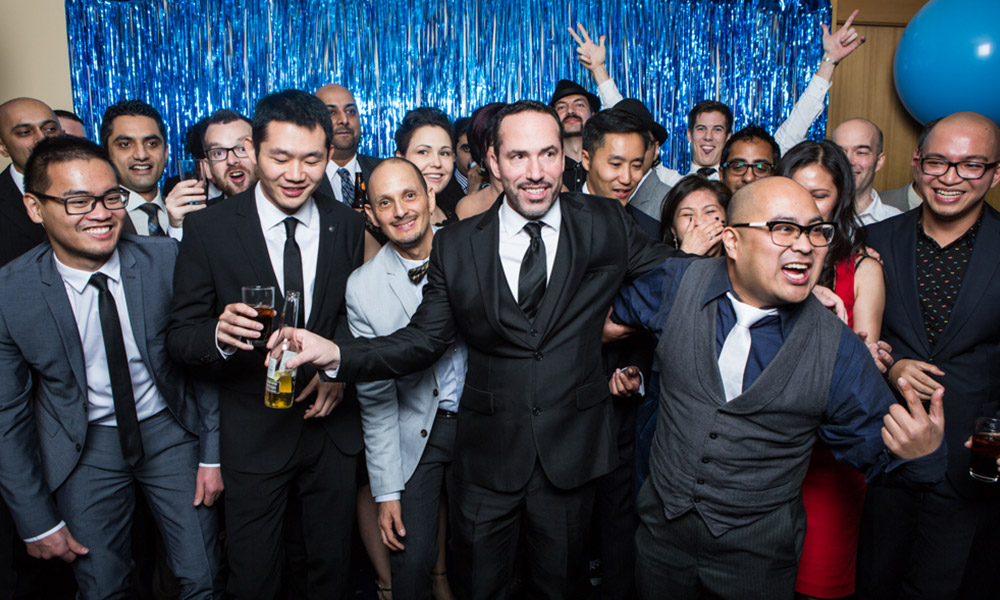 It won’t be long before most of us are scrambling around like a bunch of Mississippi pimps trying to fit in all of the holiday parties that we’ve been invited to this year. This is a relatively good sign that we’re still semi-popular, liked for the most part, and our company is something that our families and friends do not wish to be without. Or maybe this onslaught of invites was brought on because we always seem to show up to a party with a pocket full of good smoke. We’re that legion of stoned soldiers, after all, who can provide the closet cannabis user the option of just saying, “no” once uncle Will pulls out that bag of ditch weed he’s been holding onto for decades, just in case aunt Zara, who he explicitly refers to as “the old lady,” allows him to start smoking again.

Even though you may encounter some people new to the weed scene, most are fully aware that the marijuana sold on today’s market is vastly superior to the product that the longhairs used to smoke in the high school bathroom – like the stuff Uncle Will is always holding. They want nothing to do with pot that resembles the centerfold of Guerreo Gold torn out of a High Times magazine from 1975. No sir, these neophytes of the nug are after, for the lack of a better description, that medicinal grade chronic that they’ve been hearing about in all those rap songs. They want a taste of what Snoop is smoking with Willie; they want to go back to work in 2019 and brag to a few select friends about how they go high on the herb from Tommy Chong’s garden.

But these folks are also aware that marijuana remains mostly illegal in the United States, so showing up to a holiday event with weed in tow, even if it is a little something special, is not necessarily as socially acceptable as walking in with a bottle of wine or 12-pack of beer. Let’s just say we still have a long way to go before grandma is going to be cool with her family passing a joint around the dining room table before she serves Christmas dinner.

This may even be the case for those people living in those areas that have eliminated prohibition. Although 10 states and the District of Columbia have legalized the leaf for recreational use, this doesn’t mean that weed has automatically become a customary inebriant at social events. Far from it. If you need proof of this, just ask some of your co-workers at the office holiday party this week if they want to smoke some weed. Or better yet, walk up to that corporate goon you call the boss and pass him bowl. “It’s legal, sir.”

Some of these stiffs will undoubtedly whisper something like, “hell yeah buddy,” while looking around the room all paranoid to see if anyone is listening. Others will just stare at you as if some bizarre alien force is about to devour your face. “Um, I don’t do that,” they might reply, before running over to rat you out to the boss.

It’s only because the federal government hasn’t yet come out and said that smoking weed is the American way that a lot of people still feel the need to uphold some type of moral stance on the issue when they are in public. So don’t expect everyone you encounter this year over the holidays to be wearing their stoner badges on their sleeves.

It is for this reason that there are some rules one must adhere to when bringing, sharing and just smoking weed at any holiday gathering this year. We all know that grandma (at least most of them) is going to open a can of whoop-*ss on if we dare flash any of that whacky tobacky in front of her, and that boss of yours — regardless of whether he or she tokes it up on occasion — is probably going to send you straight to the unemployment line if you put a bowl, a bong or dab rig in their face. This goes double for those poor schlubs who still live in states where recreational marijuana is illegal, which is most of them.

So what are the best methods for socializing during the high holidays? Well, this, of course, depends on the type of party. Making an appearance at the parental abode for their annual Christmas mixer will most likely need to be dealt with differently than a get-together at a friend’s house, and the scene may need to be handled entirely different if the festive event is one sponsored by an employer.

Some articles written over the proper use of “weed etiquette” during the holidays suggest that a person should abide all the rules as to prevent any unnecessary snags with those overly sensitive to the situation. But considering that most people don’t even acknowledge the game, we’re going to dismiss most of them, like don’t get minors high and beware of the possession limits in your state. We’re not saying break these rules, but if you need this web article to tell not to do those things, we’re guessing you have more to work on in the new year than you thought.

The best piece of advice we can give for anyone planning to incorporate pot into their yuletide soirees this year (doesn’t matter whether they live in a legal state or not) is just to have a grip of your surroundings and know your audience. But in case you don’t know how to do that, here are some tips:

The Average Holiday Office Party: Once again, unless you are employed in the cannabis industry, marijuana will not likely be welcomed with open arms at any work-related holiday function. So just be discreet.  Don’t flaunt your stash and know who you can trust (which should be no one) and if someone catches you with some green stuff just says it’s mistletoe and ask if they want to make out.

The Family Holiday Gathering: Look, you probably already know who is down with the doobie and who isn’t in your family. Don’t be a jerk and disrespect your parents in their home if they are uncomfortable with the idea of someone smoking pot on the back patio. It’s okay to engage them in a discussion about marijuana, as long as you don’t see one of them starting to get a little uneasy with the direction of the narrative. It’s the holidays, after all, so keep the political gobbledygook to a minimum. Legalization isn’t going to happen any quicker in your neck of the woods just because your parents or maybe even aunt Zara all of a sudden sees the light. So, take it easy on them. But if after a few sips of wine mom says something like, “you know, I might like to try that marijuana before I die,” don’t miss the opportunity to whip out your bowl and say, “Oh, reeeaaalllly!”

The Holiday Get Together With Friends: The situation here is similar to festivities with the family. If you don’t know which of your buddies is cool with cannabis at this point, perhaps you should start paying closer attention to them. Don’t be a bad friend! These functions, however, always seem to have a few strange faces mingle around the scene. They could be your friend’s family in from out of town, people your friend works with, undercover agents or a replacement friend. You’ll have no way of knowing which. So the rule of thumb, in this case, is to just lean on the host of the party for guidance. If they say open weed consumption is accepted and encouraged, then that’s what you do. If they wrinkle up their face and act a bit skeptical, keep your stash under wraps. Of course, eventually, you and a few others will migrate to a safe spot where the smoke circle will commence. But always take the lead from someone who pays the mortgage. Otherwise, you might not be invited back next year.

Also, we know we mentioned something earlier about not paying attention to the rules, which we meant it for the most part, but there is one more thing. Although common sense and free will are enough 99 percent of the time, we’d like to mention that no matter the kind of holiday event you attend this year, it’s a good idea not to drive if you’re planning to get as wrecked as Santa is round. Take an Uber, call a cab, or ride with a sober friend. Of course, it goes without saying that you shouldn’t call us. We’ll be in the same predicament.

TELL US, have you ever puffed at a holiday party?