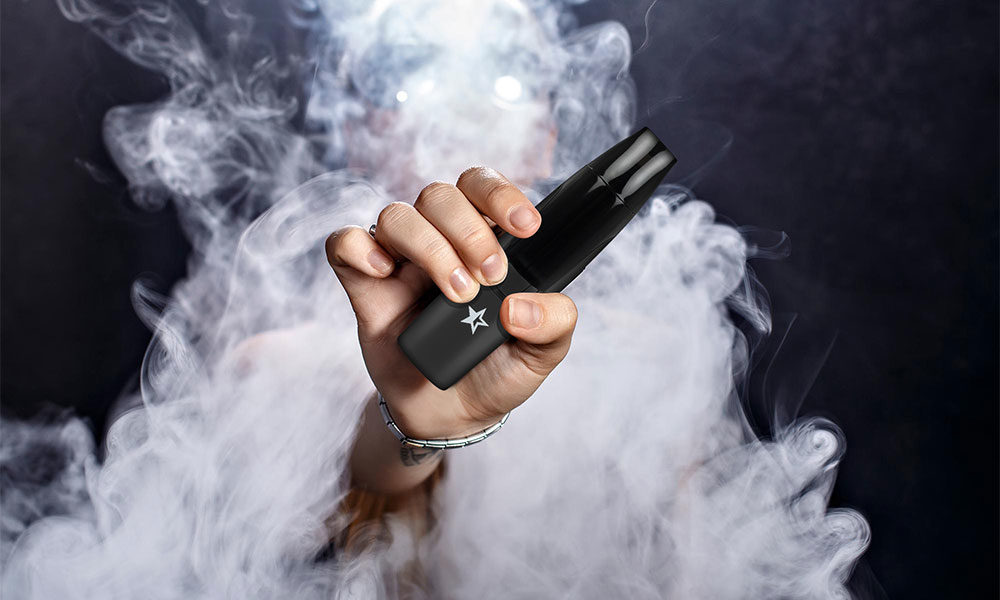 In today’s digital age, online retail giants and social media have made consumers’ every whim conveniently accessible with the click of a button. But rewind the clock to the dawn of the millennium, however, and things were very different indeed. It was the early days of the internet and e-commerce. Amazon was only just starting to add music CDs to their online bookshop, and Facebook was still a gleam in Mark Zuckerberg’s eye.

It was also around this time that Filip Ernest and Hans Oei opened the world’s first combined online head shop and forum: Grasscity.com. Over the next two decades, Grasscity would become one of the most influential cannabis companies in the world. Regarded by many as the planet’s No.1 online head store, the canna-destination serves an average of 5.8 million customers annually, who shop for the finest bongs, rigs, CBD products and paraphernalia that the web has to offer.

To commemorate Grasscity’s  prodigious achievements, the childhood friends-turned-successful business partners reflect on the early days—back when they’d receive fax machine orders—and how they got to where they are now: indisputably regarded as nothing less than counterculture and cannabis business legends.

In 1998, Ernest and Oei were no strangers to innovation and success. Ernest was an early e-commerce entrepreneur and Oei owned three busy cannabis coffee shops in Amsterdam. Their joint story began when Oei approached Ernest to create websites for his coffeeshops—but Ernest went one step further. He proposed creating a new online experience, one where locals and tourists alike could easily find Amsterdam’s most popular cafes. This led to the creation of their first online endeavor, a content-based online magazine called Coffeeshop-Amsterdam.com.

But according to Ernest, this initial idea consumed both time and money. So, by the year 2000, the concept pivoted into an online forum and head shop. This new direction demanded a name that would encapsulate the vibe of Amsterdam without being too explicitly cannabis-centric. According to Oei, the pair wanted a “cool” domain name that they could brand and would explicitly encapsulate their vision. They started with the obvious and it evolved from there, Oei explained. “Amsterdam… Weed… We didn’t want to call it Weed City. So, we came up with Grasscity.”

Back then, there was no e-commerce software available, so they built an online system to meet their needs. Orders arrived via fax and the partners fulfilled the requests by driving across Holland to meet with wholesale distributors and pick up pipes, vapes and bongs for their US-based buyers. Amsterdam has a smoking culture of rolling papers and joints, not bongs, so the unusual requests initially caused a few raised eyebrows Ernest recalled.

Due to his successful chain of coffee shops, Oei was aware of the popularity of High Times magazine and the Cannabis Cups. The awards were held in Amsterdam at the time, and swathes of cannabis-loving American tourists would descend on the city to find out which coffee shop had the best weed.

“Oei suggested we run an ad in High Times, and then it really started rolling—literally,” Ernest quips.

It was around the same time the American federal government launched Operation Dream Pipe, a nationwide investigation that targeted cannabis paraphernalia. This saw the closure of all online head shops in the US. Since their home base was abroad, the American government had no authority over Grasscity, Oei said.

Almost overnight, Grasscity exploded, and according to Ernest, the company essentially had a duopoly on the market with everyonedoesit.com for several years, until fresh entrepreneurs started opening rival platforms around 2013.

One of the repercussions of Operation Dream Pipe was the collapse of the American glassblowing industry and, as a result, Grasscity struggled to secure the high-quality glassware they’d come to expect from the States. Initially, they had one contact: Mountain Jam Glass Company, a small family-owned company in Eugene, OR. This primary contact grew into a strong partnership that remained until 2019.

“Thanks to Mountain Jam, we had a tremendous amount of fantastic, handcrafted American glass from Eugene,” Oei said.

For Ernest, their legacy—especially the forum—is something to be proud of.

“We were able to provide so many people information on how to grow and how to smoke—and I’m not one of the guys who blows our horns too much. When we went to CHAMPS, people would ask who we were and where we were from,” he said.

Ernest recalls people’s reactions after learning they were from Grasscity were also memorable: “’Oh, my God, Grasscity! I learned to grow from you;’ ‘I meet so many friends on Grasscity;’ ‘You’re the reason why we started our glassblowing business;’ and on and on,” he said.

Anchored in community, the Grasscity forum was a space where the canna-curious and cannaseurs alike could exchange grow stories, share tips and bond over a shared love for the plant—all while feeling safe in their underground scene. The forum topics cover everything from accessories to consumption techniques, business, medical marijuana, legalization news, grow tips and more.

“We were one of the first ones who really paid attention to community-building,” Ernest says.

There are now more than 34 million unique users who generate 75 million annual page views. Due to the policy of not deleting posts, more than 20 million posts date back to the very start of the forum in the year 2000.

“It’s more a kind of a Wikipedia of weed because our policy was never to remove content from that forum,” Oei said. “So, you can go back, and you can find your posts from years ago. We try to maintain the history of the forum’s index.”

Ensuring the forum is a safe space has required a team of moderators from the beginning—and some of those initial moderators are still with Grasscity today.

“There’s a group of 12 people who’ve been with us from the start,” Ernest says. “But the most extraordinary thing is we’ve never met them.”

Oei goes a step further. “An online relationship started between two moderators which became a real-life relationship. And they came together and had a baby. So, there’s a Grasscity forum baby!”

Fast forward to more recent years. With more than 90 percent of sales coming from US customers, it made sense for Grasscity to operate out of the States, because “America was our homeland in terms of e-commerce,” Oei said.

Initially, to help with manufacturing and drop shipments, the company leased a warehouse in Eugene that they operated for three years. At this time, they were also looking for partnership opportunities and spoke to Smoke Cartel and Dankstop, but it wasn’t the right fit.

A serendipitous meeting between Grasscity’s warehouse director and retail-focused cannabis company High Tide, Inc. resulted in an opportunity for both companies to expand their global footprint.

High Tide’s CEO Raj Grover was looking for opportunities to grow his portfolio of cannabis brands, to meet the predicted demand of Canada’s upcoming recreational market.

In 2018, the same year that Canada legalized recreational adult use with the passing of The Cannabis Act, High Tide acquired Grasscity for $6.3 million.

“Our power was e-commerce and the global footprint we established over the last 20 years with our brand name and with Grasscity,” Ernest said. “It was a match made in heaven.”

Oei says they were very lucky to meet the right people at the right time.

“To be part of the High Tide group, to be listed on the Canadian stock exchange with plans to go to the US, the NASDAQ… it’s amazing,” Oei said. “We never expected that when got our first fax with an order for a wooden pipe!”

As part of the acquisition, Ernest stayed with the company as Managing Director of High Tide, tasked to oversee the growth and development of Grasscity. Oei returned to his first love—coffee shops. After the Dutch government opted to keep coffee shops open during the pandemic, Oei is optimistic about the industry’s future.

“The government kept us open to keep cannabis sales out of the black market. I think this might be a new era for coffee shops. I’m really wondering what the future will look like in four to five, six years—I think I’ll be still around.”