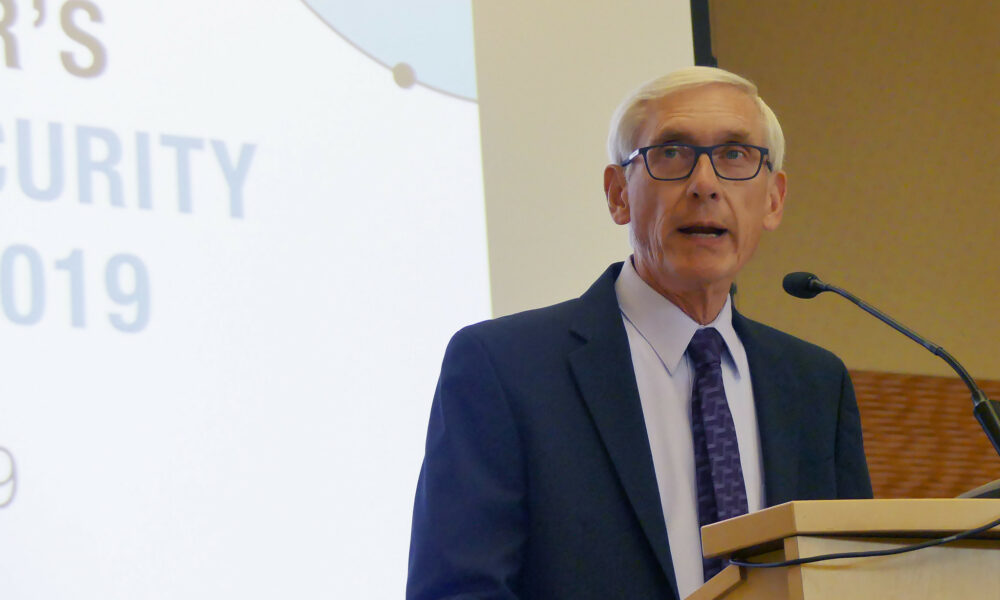 Wisconsin’s Democratic governor said he thinks Republicans who control the state legislature may be willing to work with him to legalize medical marijuana in 2023.

In an interview with Wisconsin Public Radio on Tuesday, Gov. Tony Evers (D) said there is “no question” that he will again include recreational cannabis legalization in the biennial budget request he submits to the legislature early next year, but indicated his willingness to proceed with a more limited medical marijuana program if GOP leaders remain unwilling to end prohibition altogether.

“Even though the people of Wisconsin by huge numbers in polling support recreational marijuana in the state of Wisconsin, I just don’t know if the Republicans are there yet,” he continued. “All I know is that there is talk on the Republican side, from what I’ve heard, around medicinal.”

Earlier this month, an overview of state agency budget requests showed the Department of Revenue (DOR) asked the governor to again include recreational and medical marijuana programs in his forthcoming budget proposal, as he did in his last request. The overview also included a suggestion from the State Public Defender to decriminalize cannabis possession.

The DOR request called for the creation of a medical marijuana registry program through which patients over the age of 18 who are diagnosed as “having or undergoing a debilitating medical condition or treatment” could obtain authorization to purchase cannabis from licensed dispensaries.

The agency also wants the authority to issue retail marijuana permits and levy taxes on recreational sales, which it estimates would generate annual revenues of $165.8 million for Wisconsin beginning in 2024. Democrats have repeatedly complained that the state is bleeding tax revenues to the illicit market and legal marijuana programs in neighboring states like Illinois.

DOR did not request funding, administration, or enforcement powers for either cannabis program, but instead indicated it would “like to collaborate with the governor and other state agencies” around the resources needed to manage them.

Evers’ offer to compromise around medical marijuana comes after several years of Republican obstruction around his efforts to deliver on his reform pledge, even though a top GOP assemblymember has admitted legalization is essentially inevitable.

Evers won re-election last month after campaigning on cannabis reform and has relentlessly pursued the issue since taking office in 2019. His first biennial budget sought marijuana decriminalization and the establishment of a medical program. The GOP-controlled legislature has, however, stymied every one of his attempts.

The governor included broader marijuana legalization in his 2021 proposal but Republicans stripped it out of the budget. Democrats tried to add it back in via amendment that summer but were rebuffed by the GOP-controlled Joint Finance Committee. The conflict led the governor and other Democratic policymakers to call on Wisconsinites to pressure their representatives to support Evers’ agenda.

Assemblyman Evan Goyke (D) argued at the time that the state was becoming “more and more of an island” among neighboring states that had embraced reform, framing medical marijuana as “an attempt at compromise” with Republicans opposed to a recreational program. He argued that the “sky has not fallen” in other states that have allowed patients to access cannabis.

Meanwhile, Republican lawmakers have proposed modest decriminalization measures for marijuana possession but none of those proposals advanced in the last session.

A GOP-introduced bill to create a medical marijuana program that received a hearing this year was restrictive, prohibiting smokable marijuana products and forbidding patients to grow cannabis for personal use. Patients could only obtain cannabis preparations in the form of oils, pills, tinctures or topicals.

The measure, sponsored by Sen. Mary Felzkowski (R) and Rep. Patrick Snyder (R), also did not contain equity provisions like expungements that are favored by progressives.

“Currently 36 other states, including our neighbors Michigan, Illinois, and Minnesota, have passed laws allowing patients with certain medical conditions to access medical marijuana if their doctors recommend it,” a co-sponsorship memo that Felzkowski and Snyder sent to fellow legislators says. “Medicine is never one-size-fits-all, and it is time for Wisconsin to join the majority of the country in adding another option which may help patients find the relief they need.”

A strong majority of Wisconsinites support marijuana legalization and nine local non-binding advisory questions on the subject passed by wide margins in the 2022 election.

Upon winning reelection this year, Evers told the media that “at some point in time, the will of the people will become the law of the land.” He has even taken steps via executive order to urge the legislature to start the process of amending the state Constitution to allow citizens to place initiatives on the ballot. Advocates believe such an amendment could help voters advance marijuana reforms on their own.